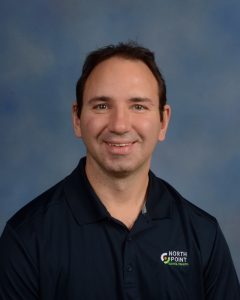 Scott has been inspiring students in his math and science classrooms for over 15 years. After graduating with his Bachelor of Education from the University of Manitoba in 2000, Scott traveled to Leeds, England where he taught for 3 years and created an Education Centre inside of a Coca Cola bottling facility. Upon his return to Canada, Scott joined the Edge School for Athletes staff and spent 12 years making a difference in the lives of students, staff and parents on a daily basis.

Scott also has a passion for athletics. He was a hockey coach at Edge School where he helped lead his teams to five Midget AAA championships, in two leagues over the course of three consecutive seasons. In high school he was a competitive athlete competing in volleyball, basketball, hockey, badminton and track & field.

The positive impact Scott has had and continues to have on people that he has taught and/or mentored is immeasurable. Scott and his wife Lisa stay busy and happy raising their three wonderful children.