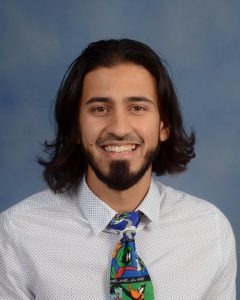 Ibrahim Qureshi is an energetic and enthusiastic teacher, who began working in youth athletics back in 2008. Since then he has coached a multitude of sports from: cross country, soccer, basketball, volleyball, fencing and track and field. He has been an active member in the local community and in his free time has helped with the development of youth and community athletics in different non-for-profit organizations. He is a former varsity fencer who competed at the provincial level in Canada, and has assisted in the growth of the sport of fencing both in Ontario and internationally. Having coached national level youth athletes in Saudi Arabia for 3 years and assisted in programs and the development of the sport in Niagara Falls.

Ibrahim graduated from Brock University in the Concurrent Education and graduated with his Honours BA and BEd in 2014. He won three prestigious awards for his dedication to the community and athletics during that time: The President’s Award, National Shinerama Spirit Award and the Elizabeth Walker Award. Since then he has been teaching full time for 5 years and has served as an athletic director for 2 of those years. He is originally from Niagara Falls, a huge Raptors fan and loves to spend his summer in the outdoors fishing.